Was it Rep. Cori Bush's Sit-In That Convinced Biden to Issue a Moratorium on Evictions? 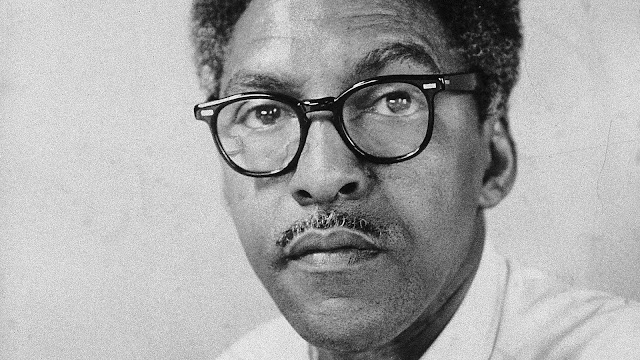 As I noted recently, I have been fascinated by a piece Bayard Rustin wrote back in 1965 focused on the fact that the Civil Rights Movement was moving from protest to politics. He defined two groups that were an impediment to that process: (1) moderates, who are willing to accept the status quo because the problem is so enormous and complicated, and (2) those who pursue a "no win" policy. Here's what he wrote about the latter:

Sharing with many moderates a recognition of the magnitude of the obstacles to freedom, spokesmen for this tendency survey the American scene and find no forces prepared to move toward radical solutions. From this they conclude that the only viable strategy is shock...These spokesmen are often described as the radicals of the movement, but they are really its moralists...

My quarrel with the “no-win” tendency in the civil rights movement (and the reason I have so designated it) parallels my quarrel with the moderates outside the movement. As the latter lack the vision or will for fundamental change, the former lack a realistic strategy for achieving it. For such a strategy they substitute militancy. But militancy is a matter of posture and volume and not of effect.

Rustin was referring to the "no-win" group when he wrote that "our problem is posed by those who accept the need for political power but do not understand the nature of the object and therefore lack sound strategies for achieving it; they tend to confuse political institutions with lunch counters."

I thought about that when I read all of the stories giving Rep. Cori Bush credit for pressuring Biden to issue a moratorium on evictions. Was it her sit-in on the Capitol steps that did the trick? Or was it the pressure applied by Speaker Nancy Pelosi when she issued a statement reading:

On Thursday, the President asked Congress to pass an extension of the eviction moratorium. Sadly, it is clear that the Senate is not able to do so, and any legislation in the House, therefore, will not be sufficient to extend the moratorium.

Action is needed, and it must come from the Administration. That is why House leadership is calling on the Administration to immediately extend the moratorium. As the CDC doubles down on mask-wearing and vaccination efforts, science and reason demand that they must also extend the moratorium in light of the delta variant. Doing so is a moral imperative to keep people from being put out on the street which also contributes to the public health emergency.

Or perhaps the Biden administration simply needed a couple of days to sort out their legal options.

A day later, however, the administration appeared ready to barrel through legal challenges and embrace a solution that did just that.

Personally I applaud Rep. Bush's determination to use a sit-in to make her case. It reminded me of the time Rep. John Lewis staged a sit-in on the House floor to pressure Republicans into bringing up a gun reform bill (which ultimately didn't happen until Democrats gained a majority in the House). But when it comes to actually making something happen, both sit-ins confused "political institutions with lunch counters." They were about "posture and volume...not effect."

That's because political solutions require power, most often in the form of leverage. As an example, Speaker Pelosi has made it clear that she will not bring the bipartisan infrastructure bill up for a vote in the House until the Senate passes the $3.5 trillion reconciliation bill. THAT's how you use leverage. Neither Bush nor Lewis had any — they were simply bringing attention to an issue they thought needed to be addressed.

The truth is that we don't know what spurred Biden to move on the moratorium. Even if Bush's sit-in was part of the equation, it's clear that the president already wanted to go there. If you doubt that, just imagine how Biden would have responded to a sit-in to end a moratorium on evictions.