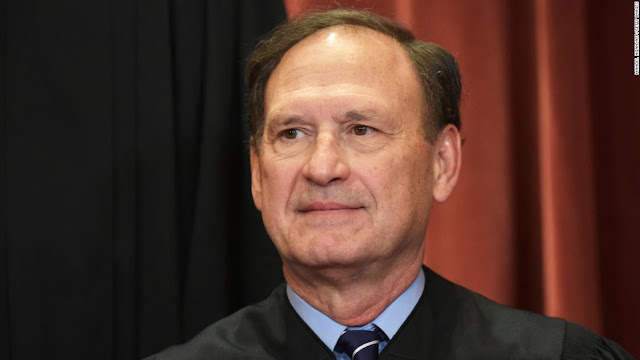 The potential that Roe vs Wade will be overturned by the Supreme Court in a few weeks has led to a lot of speculation about what comes next. All of the possibilities need to be taken seriously, but when it comes to the radical right going after contraceptives, that move is actually already underway - and the path was laid by Justice Samuel Alito's embrace of junk science in the Hobby Lobby case.

If you remember, Hobby Lobby claimed a religious exemption to the Obamacare mandate that companies provide coverage of birth control in their health care plans. But it wasn't all forms of birth control they objected to.

The Affordable Care Act says that employer-provided insurance must include essential health benefits, including all medically authorized forms of contraception. The owners of Hobby Lobby objected to this requirement, because they believe that four common forms of birth control—two versions of the “morning-after pill” and two kinds of intrauterine devices (IUDs)—are “abortifacients.” In other words, the owners of Hobby Lobby think these contraceptives end pregnancies rather than prevent them. And they believe that is tantamount to ending a life.

To understand what's going on with that it is important to know that, for many on the radical right, "life" begins at the moment an egg is fertilized. It takes about a week for the fertilized egg to implant in the uterus, which is when the American College of Obstetrics and Gynecology (ACOG) says that pregnancy begins. That is because most fertilized eggs naturally fail to implant in the uterus on their own.

The owners of Hobby Lobby claimed that the four forms of birth control they didn't want to cover (Plan B, Ella, hormonal IUDs, and copper IUDs) are abortifacients because they prevent a fertilized egg from implanting in the uterus. That is a perfect example of junk science.

[B]oth Plan B and ella work primarily by preventing ovulation; they can work for up to five days after sex, because sperm can survive in a woman’s body for that long. Both the hormonal and copper IUDs work primarily by preventing sperm from reaching and fertilizing an egg. Of all these methods, only the copper IUD, when used as an emergency contraceptive, appears capable of preventing implantation of a fertilized egg. However, even then it would not be considered an abortion under standard medical and legal definitions. 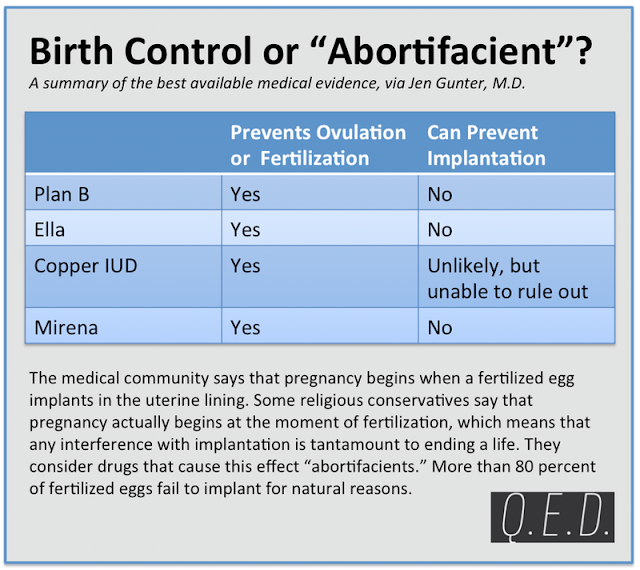 Justice Alito wrote the majority opinion in the Hobby Lobby case, which included this statement:

[W]e must decide whether the challenged…regulations substantially burden the exercise of religion, and we hold that they do. The owners of the businesses have religious objections to abortion, and according to their religious beliefs the four contraceptive methods at issue are abortifacients.

Alito went on to write that these four contraceptive methods “may have the effect of preventing an already fertilized egg from developing any further by inhibiting its attachment to the uterus." Alito didn't reach that conclusion out of ignorance of the science because, in a footnote, he acknowledged that Hobby Lobby’s religious-based assertions are contradicted by science-based findings. Nevertheless, in a conflict between religion and science, Alito went with religion.
Since Alito's draft overturning Roe was leaked, red states all over the country are resurrecting or passing legislation to outlaw abortions. It is important to note that many of them claim that life begins at fertilization - after which abortion will be illegal. And since Alito embraced junk science, he set a Supreme Court precedent that these four forms of birth control are abortifacients. So in many states, they will be illegal too.
at May 08, 2022