Can Democrats Work With the "New Right" on Anti-Trust Issues? 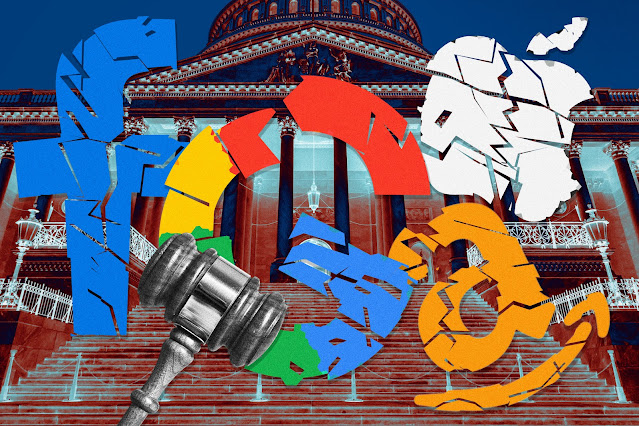 During the 2020 presidential primary, Sen. Elizabeth Warren focused on the need to break up big tech companies. During a CNN town hall, she provided a helpful explanation for how a move like that would benefit people who shopped online at Amazon.

Giant tech companies have too much power. My plan to #BreakUpBigTech prevents corporations like Amazon from knocking out the rest of the competition. You can be an umpire, or you can be a player—but you can’t be both. #WarrenTownHall pic.twitter.com/73y1002QVv

As Warren talked about the need to break up Amazon, Google and Facebook, another presidential candidate, Sen. Cory Booker, provided an important qualification.

“I don’t care if it’s Facebook, the pharma industry, even the agricultural industry. We’ve had a problem in America with corporate consolidation that is having really ill effects,” Booker said on ABC News’s “This Week” with George Stephanopoulos.

But, Booker added, “I don’t think that a president should be running around pointing at companies and saying breaking them up without any kind of process here. It’s not me and my own personal opinion about going after folks."

That distinction is gaining even more importance as the so-called "New Right" are in the process of using government power to attack specific companies as part of their culture wars.

For example, Florida Governor Ron DeSantis specifically targeted DisneyWorld because they spoke out against his "don't say gay" bill. He did so by passing legislation that attempts to remove their special district status. While some liberals might applaud the end result, the democratic (as opposed to fascist) approach would have been to decouple the move from the culture wars and eliminate all of Florida's 1,844 special districts - like the one covering The Villages in central Florida.

Two of my former colleagues at the Washington Monthly recently approached the possibility of Democrats being able to work with the New Right on issues like anti-trust.

The group includes many younger conservatives who combine contempt for the usual targets of conservative bile (the media, Hollywood, universities) with a brief against the great monopolies of surveillance capitalism (Facebook, Google, Twitter), all while embracing, in many instances, a kind of white Christian identity politics. After hearing presentations from Rachel Bovard, Amanda Milius, Christopher Rufo, and other Millennials at the National Conservatism Conference in Orlando, David Brooks wrote about witnessing, in the new conservative movement, a “fusing of the culture war and the class war into one epic Marxist Götterdämmerung,” and pronounced himself terrified.

Should we also be terrified? Emphatically, yes! But there are still startling points of actual and potential overlap emerging between today’s New Right and New Left.

One of those areas of potential overlap is, indeed, anti-trust legislation. But the authors failed to mention the important distinction made by Booker. To the extent that the "New Right" wants to use government to target specific institutions/corporations that don't comply with their racist, sexist, homophobic agenda, that is nothing short of fascism and must be condemned in no uncertain terms.

Senator Josh Hawley is an odious example of the threat posed by the "New Right." In an attempt to keep pace with DeSantis, the senator from Missouri has introduced a bill to strip Disney of its copyrights in a move that has been called "blatantly unconstitutional." While Hawley tried to avoid language that made it obvious he was targeting Disney, "the retroactive provision of the bill applies to any entertainment company with a market capitalization above $150 billion. Disney’s market cap is $196 billion." Hawley's public statements also make his intentions perfectly clear.

“Thanks to special copyright protections from Congress, woke corporations like Disney have earned billions while increasingly pandering to woke activists,” said Hawley, who once clerked for Chief Justice John Roberts. “It’s time to take away Disney’s special privileges and open up a new era of creativity and innovation.”

On the other hand, Hawley signed on as a co-sponsor to a bill authored by Sen. Amy Klobuchar (yes, you read that right). The American Innovation and Choice Online Act would address the issue identified by Warren in the video above.

The bill prohibits dominant platforms, defined by criteria including how many users they have and their market cap, from discriminating against other businesses that rely on its services, in what’s sometimes referred to as self-preferencing.

That means, for example, Amazon could not simply decide to list its own private label products higher in its search ranking than third-party rivals’ listings. And, similarly, Apple and Google could not unfairly rank their own apps higher than rivals in their own mobile app stores. The same principle would apply to results from Google’s general search engine.

Twelve senators have signed on to co-sponsor the legislation - including six Democrats and six Republicans. It passed out of the Senate Judiciary Committee by a vote of 16-6, with five Republicans (Grassley, Graham, Cruz, Hawley and Kennedy) voting in favor of the bill. The committee’s House counterpart has advanced a similar bill, while the Biden administration has offered support from both the Commerce and Justice Departments. With mainstream media practically salivating over the need for bipartisanship, it is unfathomable to me why this piece of legislation is being almost completely ignored. It's a pretty BFD (as POTUS might say).

What Klobuchar's bill demonstrates is that there are places where the so-called "New Right and New Left" can work together. As odious as some of those Republican senators might be, if they want to sign on to legislation drafted by Democrats to address anti-trust issues...fine by me.

But make no mistake - we'll fight them every step of the way on their attempts to manipulate this issue in order to "Orbanize" our democracy.