Healing From the 2016 Trauma 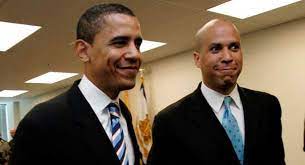 Over the last few years I've spent a lot of time reflecting on the fact that, in the weeks before the 2016 election, I assured my friends, "Don't worry. The same country that just elected Obama twice will never elect Donald Trump." Putting aside the fact that Hillary Clinton won the popular vote, I was completely and totally wrong.

The fact that so many Americans would vote for a narcissistic lying con man who spewed nothing but hate rocked my world. Perhaps it is overkill to call it trauma. But it shook me to my core and became the lens through which I viewed the next six years. This once optimistic, hopeful person became deeply cynical about the future of this country. I became dour and frightened.

While some of those reactions are still warranted, I feel like the 2022 election helped me turn the corner. For just one example, voters in Arizona not only rejected the narcissistic lying con woman Kari Lake. They also passed a referendum allowing undocumented immigrants to pay in-state tuition at local colleges and universities. One of the real border states didn't buy into the GOP's fear mongering about immigrants.

Some of the healing I began to experience came with seeing Barack Obama on the campaign trail during the last days of this election. Take a look at what he said about Tudor Dixon, the Republican running against Governor Gretchen Whitmer.

Fmr. President Obama at a Detroit rally: Gov. Whitmer's opponent claims "Democrats have been working for decades to topple the United States because they're still upset about losing the Civil War. And COVID restrictions were part of some plan to do this."

"First of all, what?" pic.twitter.com/nKie9boajH

Obama campaigning for Whitmer: "Imagine if you hire your plumber ... he comes in and says, 'Have you heard about the latest conspiracy of the Wizard People?' ... you'd be like, no no no, I just want you to fix my toilet ... when you've got a good plumber, you keep your plumber." pic.twitter.com/AWWnfYIt43

He did something similar while talking about Herschel Walker in Georgia.

Obama: "Some of you may not remember, but Herschel Walker was a heck of a football player... does that make him the best person to represent you?... let's say you're at the airport & you see Walker & you say, Hey, there's Herschel, Heisman winner. Let's have him fly the plane!" pic.twitter.com/ObyfIsOAEA

That is vintage Obama. I was reminded of "Romnesia" in the final days of the 2012 election.
Less noticed was what he did to Sharon Angle in the 2010 election.
Watching Obama in those last few days before the 2022 election reminded me how I'd lost the ability to point and laugh at GOP absurdities. Trump's presidency made these extremists more scary than ridiculous. Obama had me laughing again.
As the results of the midterms started coming in, it also became clear that, under the leadership of Donald Trump, Republicans have lost the last three elections. Sure...they weren't all resounding defeats. But we're not likely to see any of those in the foreseeable future. Instead, we're in a period where small, incremental steps are the most likely pathway to change.
Let me be clear: the threat to our democracy is still alive and well. The fear of that is not gone. But I'm not going to let the trauma of 2016 color my vision going forward. To paraphrase Cory Booker, "I'm done with letting these extremists steal my joy."
at November 17, 2022