There Is No National Bully Pulpit for Democrats 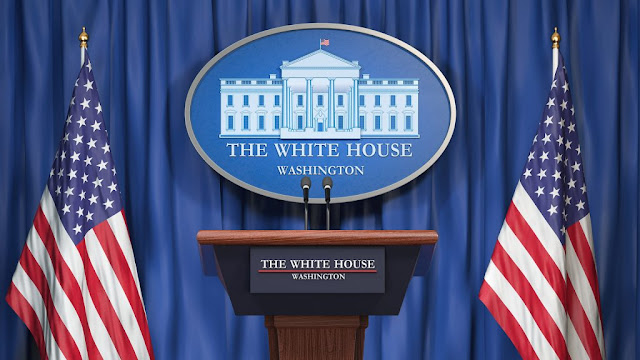 Following passage of the American Rescue Plan, Biden, Vice President Harris, and an array of cabinet secretaries will spend the next several months touring the country touting its provisions. But while that will garner some local press coverage, national media will ignore the whole thing because, as Dan Pfeiffer noted, "With each day, the passage of the American Rescue Plan fades further into the past, and more of the media moves onto the next crisis du jour."

In case you had any doubts about what Pfeiffer wrote, it was made clear during Biden's press conference last week. White House Correspondents were consumed with questions about the so-called "crisis" on our southern border, the filibuster, and whether or not Biden planned to run for re-election in 2024. Susan Glasser was shocked about what didn't come up.

There was not a single question, meanwhile, about the ongoing pandemic that for the past year has convulsed life as we know it and continues to claim an average of a thousand lives a day. How is this even possible during a once-in-a-century public-health crisis, the combating of which was the central theme of Biden’s campaign and remains the central promise of his Presidency? It’s hard not to see it as anything other than an epic and utterly avoidable press fail.

Why was that? Does the White House Press Corp have a right wing bias? Probably not. What they have is a bad news bias. As Pfeiffer wrote, "These outlets will always ignore what is going right in favor of what is going wrong." A savvy news consumer would recognize that Jennifer Palmieri nailed it with this tweet.

Surest sign that @POTUS’s handling of the GLOBAL PANDEMIC - that continues to dominate every Americans’ life - is going well is that he DID NOT GET ONE QUESTION ABOUT IT.

This is a perfect example of why the whole notion of a so-called "bully pulpit" for Democratic presidents no longer exists. It hasn't for quite a while. As Pfeiffer explained, that is not true for Republicans, who have spent decades building up a right-wing media network that consistently sells their message to the public. Here's an example of how that worked during Obama's presidency:

When Barack Obama was President, the Right Wing media covered the economy as if it was a disaster. They ignored positive news, trumped-up negative news, and just made a lot of stuff up. The moment Trump was elected, they began describing the economy as the greatest in American history even though the pace of job creation had slowed under Trump.

As we've seen with the issue of immigration, propaganda from right-wing media is oftentimes picked up by mainstream media and develops into a national narrative.

During Obama's presidency, left wing critics often accused him of failing to use the bully pulpit to press his agenda or tout his accomplishments. But the truth is...he did both. It's just that, as Ezra Klein wrote at the time, no one was listening.

And that's fine. It's good that we're not a dictatorship where everyone feels the need to memorize every word the leader utters. But it puts the lie to the idea that the president can simply orate a narrative directly into the American psyche. A small minority -- many of them political junkies who already know what they think -- will occasionally tune in to a particularly momentous address, and they may or may not stay for the whole thing, and they may or may not actually pay attention while they're watching. Somewhat more people will then get a partial summary through news coverage the next day. A week later, most people won't have heard the speech, and the few who did see or read the whole thing will largely have forgotten it. This is, in part, why presidents are worse at persuasion than people think: They do not have the rapt audience that so many assume.

...since no one is paying attention to the speeches, there's a lot in there that never penetrates into either the public consciousness or the media's thinking, and all White Houses are routinely criticized for not making arguments that they make all the time.

The vast majority of Americans don't listen to what the president actually says. They get their information from how various news outlets report on speeches or press conferences. If that is Fox News, then every Democratic utterance is nefarious. The rest of the media simply ignores any reference to positive achievements.

Pfeiffer's solution to this lopsided situation is for Democratic groups to produce more ads like this:

That could help, but with the diversification in entertainment and social media, it won't be enough. I think he nailed it with this:

The media has an important role to play, but it’s not the role many Democrats believe it to be. Communicating through the press should be part of the strategy, but it can’t be the whole strategy. And it’s not enough for the rest of us to sit on the sidelines. We have a role to play too...Every one of us can be curators and amplifiers.

Individuals playing the role of curators and amplifiers is the way things are accomplished from the ground up rather than the top down. That's what citizenship in a democracy looks like.